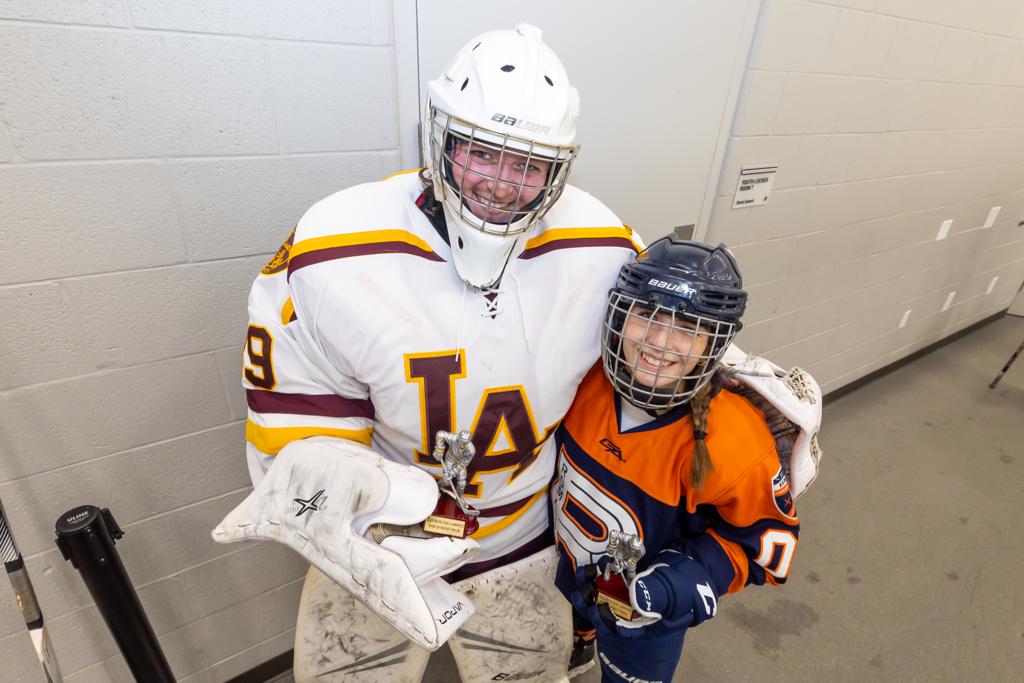 The mission of the Metro Girls Hockey League is to provide high school aged girls in the Chicagoland area the ability to continue to play hockey and develop as competitive hockey players at the high school level. The goal of the league is to maintain the spirit of hockey, sportsmanship, good character, teamwork, and to preserve the love of the game among all teams, coaches and players.

Welcome Back! The Metro Girls High School League is excited to be back after a year away due to the pandemic. The league is back strong with 15 teams competing in the 2021-2022 hockey season. We are pleased to announce the addition of a newly formed team: the Burlington West Grizzlies. The team meshes players from high schools in the western suburbs including Downers Grove, Hinsdale and Willowbrook.

The Metro Girls league will start off with a preseason tiering round the first few months of the season. Teams will then be placed into two divisions based on standings: the Founders Cup or Scholastic Cup. It should be an exciting and competitive hockey season.